The Boss's first Homing attack deals a lot of damage. With a full Wood team, it will deal 66000 damage. It is best to not bring non-Wood monsters in order to mitigate damage

Do Not Attack the Boss on Turn 1

The damage on the Boss's Homing attack will increase if he gets angry. Normally, it will be 66000 damage but if he gets angry, it will go up to 99000 on a full Wood team. The Boss will get angry when he gets damaged so make sure you don't attack him with either normal attacks or Bump Combos.

These monsters will help you mitigate damage from the boss, and make it easier for you to survive the Homing attacks.

1st Stage - Clear as Many Mobs in 2 Turns 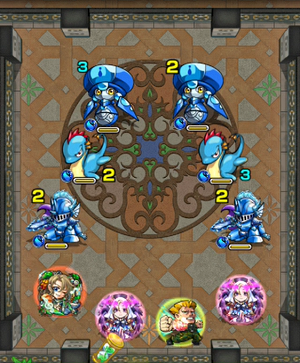 Progression Order
1. Focus on the defeatin the mech birds
2. Defeat the remaining mobs

The mech birds do the most damage so try to take care of them first. If you can, leave one of the knight mobs up to stall for strike shots.

2nd Stage - Aim Between the Mobs 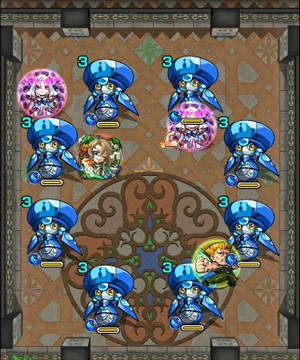 Progression Order
1. Defeat mobs by bouncing between them

Try to clear as many mobs as you can within 3 turns since most of them will start attacking you. Bouncing between them can take care at least half of them. Position on the top or left side of the map for the next stage. 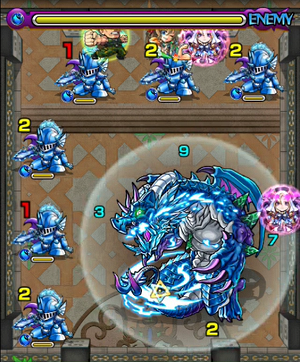 Progression Order
1. Defeat some mobs
2. Defeat the mini boss
3. Leave one mob up to recover HP before moving on

Clear the mobs to mitigate damage. Be careful of the Ex Laser from Bahamut X. 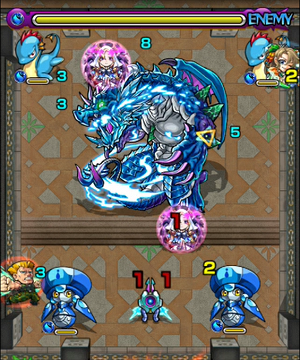 After your first turn, Bahamut X will launch a devastating homing attack. If you deal any damage to him, he will go into rage mode and will OHKO you. Use the healing walls afterwards to recover your HP for the stage. Make sure your HP is at full before moving onto the next stage. 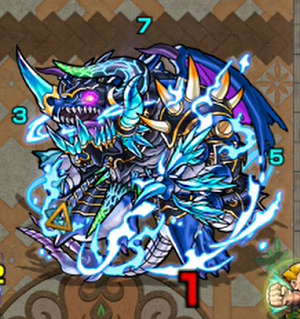 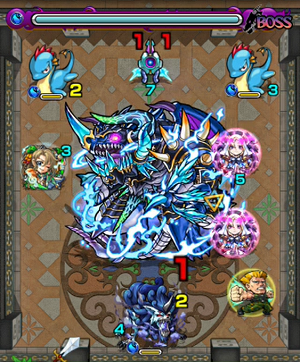 Progression Order - Clear
1. Use strike shot on the first turn
2. Adjust turns while defeating mobs
3. Make sure your next turn you can use a strike shot for the next stage

Progression Order - Tank
1. Don't deal damage to Bahamut X on turn 1
2. Defeat the wolf mob
3. Defeat Bahamut X
4. Recover your HP to full before moving to the next stage

If you deal any damage to Bahamut X, he will go to rage mode and OHKO you with his Homing attack. If you want to clear him on the first turn, use a strike shot. Otherwise, make sure you don't attack him during turn 1. 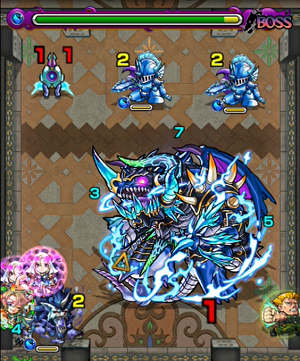 Progression Order - Clear
1. Use strike shot on the first turn
2. Adjust turns while defeating mobs
3. Make sure your next turn you can use a strike shot for the next stage

Just like the first boss stage, decide whether you want to clear or tank Bahamut X. He does have more HP than the first stage so make sure you have a powerful SS to clear him in one turn. 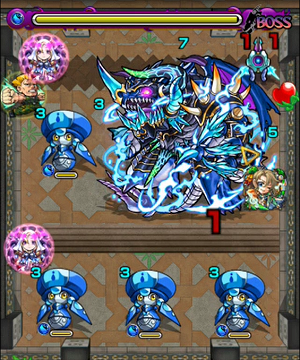 Bahamut X has a lot of HP so clearing in 1 turn will be almost impossible. Tank the homing and use the healing wall to recover. Use your strike shots to finish off the boss.

Community content is available under CC-BY-SA unless otherwise noted.
Advertisement